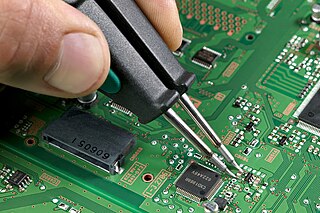 On September 26, 2017, the Massachusetts Joint Committee on Consumer Protection and Professional Licensure heard testimony on proposed digital “right to repair” bills H.143 and S.96. The two proposed bills would require manufacturers of digital devices to provide diagnostic, repair, and service information to independent technicians and owners of devices, information that is currently only available to technicians selected and authorized by the manufacturers. The bills would further require manufacturers allow independent technicians and owners to purchase replacement parts and service tools at a reasonable price. The bills by their terms relieve manufacturers of the obligation to reveal any trade secret; however, they do not address the practicality of providing service manuals and diagnostic information without exposing trade secrets, particularly for manufacturers who rely heavily on trade secret protection.

The right to repair bills discussed on Tuesday shift the focus to digital devices. The bills cover only “digital electronic product[s],” defined as a device that “contain[s] a microprocessor,” but expressly excluding class III medical devices (high-risk implantable devices) and vehicles. This definition conceivably includes consumer electronics, medical devices, and any other digital device containing a microprocessor.

Senator Michael D. Brady, presenting the Senate bill, explained that both bills are designed to protect consumers from manufacturers who currently control the price of repair. The lack of competition, according to Senator Brady, leads to decreased innovation in service repair and prevents local repair business from performing repairs. However, Senator Brady indicated that he was open to the Joint Committee making minor changes.

Proponents of the bills argued that allowing independent repair and granting access to repair manuals, diagnostic information, and security patches ultimately improves security and device safety. Rachel Kalmar, a research fellow at Harvard University, explained that the device manufacturers’ current method of “security through obscurity” does not work. In the long run, Kalmar explained, published systems are ultimately more secure because researchers are able to find and fix security flaws. Kalmar also explained that safety is improved when individuals have access to updates. When companies stop supporting old devices, those devices may not get the latest software patches and can pose a threat to the larger network. The network is only as secure as its weakest link.

Proponents furthered argued that the current monopoly manufacturers hold on repair hurts consumers by inflating the cost of repair. Manufacturers, motivated to sell more new products and to protect repair as a revenue stream, are incentivized to make repair more expensive than replacement. Adam Fullerton, a manager at MEGA MOBILE, a Boston company specializing in unlocked smartphone repairs, testified that he has watched the cost of repair parts for Apple products skyrocket over the past few years, when the parts were even available to independent technicians at all. In the context of medical devices, Scot Mackeil, a Boston-based medical repair technician, explained that he could make more repairs on critical equipment, without sending the equipment to the manufacturer or waiting on an authorized technician, if he had access to repair manuals and parts.

Finally, the bills’ supporters argued that the monopoly on repair also hurts the secondary market for electronic devices. Rohi Sukhia of used computer wholesaler TradeLoop explained that when a consumer attempts to patch a device she bought used, manufacturers will often refuse to sell the patch or offer it at the cost of a new device, rendering the used hardware worthless.

The bills were primarily opposed by representatives of the manufacturers, especially technology and medical device manufacturers.

Opponents argued that the bills presented a threat to IP and trade secrets, despite the language that had been included to accommodate this concern. Sarah Faye Pierce, who represented a home appliance trade group, was the first to point out that releasing service manuals and repair information may require a release of sensitive IP. Matthew Mincieli of TechNet, a group representing technology companies and their executives, agreed, arguing that these bills will hurt the “tech ecosystem” and may disincentivize technology companies from coming to Massachusetts. Tim Johnson of the Entertainment Software Association agreed that the bills threaten IP and argued that the bills are unnecessary because there is an incentive for manufacturers to fix game consoles: “No one buys games for broken consoles.” Johnson also pointed out that the Copyright Office is currently conducting a review of a possible national right to repair exception.

Representatives of the medical device manufacturers were primarily focused on the potential threat to the quality of repair. Representatives of the Massachusetts Medical Device Industry Council (MassMEDIC) believed that the legislation would allow unqualified third parties to perform repairs on critical medical equipment without adherence to regulations imposed by the FDA. The FDA currently regulates repairs performed by manufacturers, but third parties may be exempt. Tom Tremble of the Advanced Medical Technology Association thought this threat was particularly acute for class II medical devices, such as infusion pumps, which present a moderate risk to patients.

The Joint Committee raised a few questions of its own, for example, whether a car like the Tesla was more like a motor vehicle or a digital device, and seemed receptive to arguments from both sides. If the bills were to pass, they would be the first of their kind nationwide.

Alex Noonan is a second-year student at Harvard Law School and current clinical student in the Cyberlaw Clinic.